Disclaimer: I received a Buff USA Original EcoStretch to use and review as part of being a BibRave Pro. Learn more about becoming a BibRave Pro (ambassador), and check out BibRave.com to review find and write race reviews.

Hello.  I'm Barb and I am in injured runner.  I pretended to be fine for months, but then my spouse saw me running and made me promise to take time off.  He said that I ran like I was injured.  I took a month off and when I tried to run again, I felt something.  I went to the free injury clinic at my local run shop and left not with stretches, like usual, but with a phone number to call to schedule an appointment and get x-rays.

That was July.  I had a stress fracture in my femur from "repeat trauma."  I was on crutches for what seemed like forever but was only two months.  Then, I was permitted to walk, but "not for exercise."  A few weeks later, I started physical therapy and was so happy to discover the AlterG, which allowed me to run without all of my bodyweight, which was a good thing since that had increased over the months without lacing up.

Then I was cleared to run outside but "no more than three times per week."  That last qualifier has been a little difficult, especially during this past holiday weekend, but all-in-all, I have followed all medical instructions.  I am now up to approximately nine miles a week (compared to 25 miles per week).  My pace is slow but I am outside and I could not be any happier.

During my training to get back at it, I had the opportunity to test the Buff USA Original EcoStretch.

My favorite way to wear the Buff is as a neck warmer because after a run, I typically move it up as a headband to keep my hair and sweat out of my face.  I have also worn the Buff Original EcoStretch as a hat, by typing one end together. 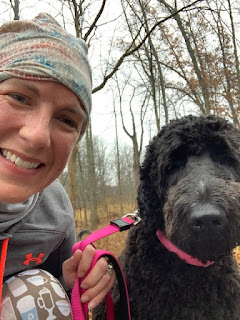 I even used it as a mask, when I wanted to run into the coffee shop for a cup of joe and a muffin. 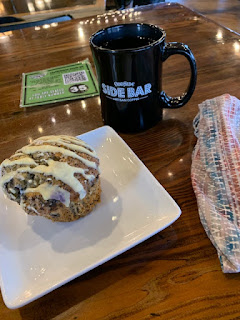 I have had a lot of luck with Buff products.  They are easy to use, are machine washable and come in many fun patterns.  In fact, I have written about my love for Buff products before.

Discount Code: Sign up for newsletter to save 15% buffusa.com/bibrave

Don't take my word for it, see what others had to say about the Buff USA Original EcoStretch: